UNISTRASI is located outside the historic center, in front of the Railway Station.

UNISI, on the other hand, has many different locations throughout the city. We will list the different buildings, giving the various indications and utilities.

Fieravecchia's palace houses the Library of the humanities area and some classrooms used for the lessons.

The Mattioli headquarters houses the Library of legal-political area and the following departments:

The botanical garden houses a building used by the DSFTA, Department of Physical, Earth and Environmental Sciences.

The Pian de' Mantellini building houses the classrooms and offices of the DSFTA, Department of Physical, Earth and Environmental Sciences.

The Rectorate building houses the university's main offices, including the Office of Public Relations and the International Place.

Notes: the Rectorate's palace has two entrances; the main one, from Via Banchi di Sotto, and the secondary, behind the building, from Via di San Vigilio.

The Sala Rosa is a reading room of the University of Siena; not being a library, it does not have books that can be consulted, but it is easily accessible for autonomous study, also thanks to the extended hours.

The large complex of San Francesco houses the offices and classrooms of the departments of:

In addition, in its premises we find:

The Palace of San Galgano welcomes the direction of the DSSBC, the Department of Historical Sciences and Cultural Heritage, including the administrative secretariat, the Student and Didactic Office and some studies of professors.

San Niccolò houses the departments of:

In addition, it houses one of the two locations of the Library of scientific-technological area.

San Niccolò is a large complex, composed of some rooms that may not be easily identifiable:

Also called the Mazzi Funaioli Complex, it welcomes some teacher studies, laboratories and classrooms of the DSSBC, Department of Historical Sciences and Cultural Heritage.

The Servi complex has two entrances:

The Laterino complex houses offices and classrooms of the departments of:

In addition, it houses one of the two locations of the scientific-technological library.

The Le Scotte Headquarters is located within the Sienese University Hospital, at the Santa Maria alle Scotte Polyclinic, on the First Floor of the Third Lot. It houses the departments of:

In addition, it houses one of the three locations of the biological drug medical library.

The University Scientific Pole of San Miniato welcomes the offices and classrooms of the departments of:

and classrooms used by the departments of:

In addition, it houses two of the three locations of the library of biological drug medical area (Educational Center, Sector D).

The indications are the same as those to get to the Scotte complex; in fact, the two poles are very close and moving from one location to another on foot is easy and quite quick. 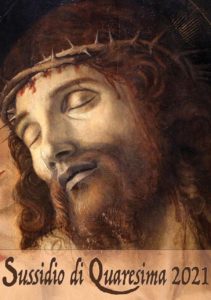